There is a lot of misinformation out there about how to save your seeds. Should you just save all of them? Should you isolate your seeds and crops by variety? How, exactly, do you save seeds? Keep reading for the answers to all of your questions and misconceptions about seed saving.

The following is an excerpt from The Tao of Vegetable Gardening by Carol Deppe. It has been adapted for the web.

Indians had very sophisticated cultural traditions for how they grew and handled crops that included pragmatic methods for saving seed and keeping varieties pure. The book Buffalo Bird Woman’s Garden describes the agricultural patterns of the Hidatsu and Mandan Indians of the upper Midwest in enough detail that we can see how they kept their varieties pure. Buffalo Bird Woman planted different varieties in separate blocks, interspersing blocks of bean varieties with blocks of corn varieties to give some physical isolation to both. She planted five different varieties of corn, but each had a different maturity time and distinctive seed type. The different maturity times helped provide temporal isolation for each corn variety so crosses would be less likely to occur. And the distinctive seed types made it easier to identify accidental crosses when they did occur and eliminate them. Buffalo Bird Woman also made arrangements with neighboring gardeners so that they planted the same variety where their gardens were adjacent. 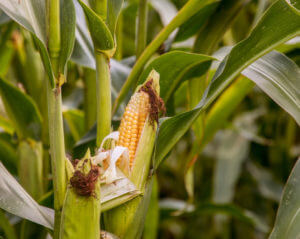 Buffalo Bird Woman did not know about the role of pollen in plant reproduction. She used methods that had been determined to work empirically. “Corn traveled,” her people believed. That is what they called it when they saw the signs of crossing between corn varieties. The Hidatsu and Mandan Indians deliberately practiced cultural methods they had learned that minimized corn “traveling.” They knew that the closer two varieties were planted, the more the corn traveled between them.

They knew that corn traveled more readily over open land than broken land. (Trees and bushes break up wind patterns so pollen spreads less readily.) Buffalo Bird Woman learned how to keep her varieties pure as part of the agricultural traditions of her culture. In addition, she grew large enough blocks of each variety that most of the seeds she saved from the crop would be from the interior of the block instead of the edges. Seeds from the interior of a sizable block of one variety are least likely to be crossed with other varieties. Many European or pioneer American farmers grew only one variety of many crops, and grew it on a large enough scale so that it tended to be self-isolated.

Myth #2. You won’t get crosses if you use the recommended isolation distances for various crops.

Sorry. No. Generally, the farther apart two varieties are the less they cross, but it’s a matter of degree, not absolutes. You will usually still get some crosses at the recommended distances. How much isolation distance you need with any crop depends not just on the tendency of the crop to outcross but also on how large your planting is, how large the plantings of possible sources of contamination are, how important a few outcrosses would be, how pure the variety is as it stands, wind patterns, pollinator pressure, and other factors. In addition there are many tricks that can be used to isolate crops other than distance. And in many cases being able to recognize and eliminate crosses is easier and more practical than avoiding them. (I discuss all these aspects in detail in my first book, Breed Your Own Vegetable Varieties.)

Myth #3. If you have a number of varieties that might cross and are doing seed saving, it’s best to plant the varieties that look similar near each other.

No. This standard practice doesn’t lower the rate of contaminating crosses but instead makes it more difficult or impossible to recognize and eliminate unwanted crosses when they do occur. You are most likely to lose varieties when there have been crosses that you initially cannot recognize.

It’s better to plant the varieties that are most different next to each other. If you plant a bean variety with purple plants next to one with green plants, for example, hybrids will usually be pink. Next generation, you simply eliminate all the pink plants before they start to flower. That lets you keep the varieties pure even if there have been crosses. In addition, you will actually learn something about how many crosses you get in your garden when you plant two varieties of that species side by side.

Myth #4. When you save seeds to maintain a variety, you just keep all the seed. 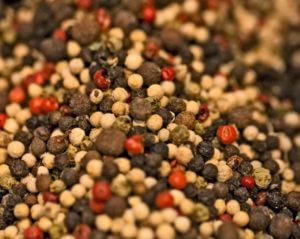 No. You usually keep seed from only the best plants. You must actively eliminate the worst plants in every generation. If you don’t, the variety will deteriorate spontaneously. There is actually no such thing as “maintaining” a variety. There are always new mutations and accidental crosses. You have to actively select to maintain a variety. (Where a variety is genetically messy as a result of prior neglect or accidental crosses, you may keep seed from only the best half the plants, for example. Where a variety is genetically pretty clean you may need to eliminate only a few plants among hundreds or thousands.)

Myth #5. It’s obvious what the best plants are.

Nope. Sometimes it is. Often it isn’t. “Best” depends on what the variety is supposed to be, not some absolute. If you just save the biggest fruits you are often selecting for smaller numbers of fruits, for example. If you select the biggest ears of corn you are likely to select for lateness if you aren’t careful, as bigger, later plants often have bigger ears. It takes deep thought about what the essence of the variety is and what your own needs and wishes are and how those two aspects might intersect to figure out how to select when saving seed of any given variety. I usually don’t save seed the first year I grow a variety. I have to become familiar with the variety first.

Myth #6. Common beans (Phaseolus vulgaris) are inbreeders and don’t cross. So you don’t have to isolate different bean varieties from each other.

Sorry. No. It’s true, beans are inbreeders, but nearly all so-called inbreeders still do cross. They simply tend not to do it as frequently as the plants we choose to call outbreeders. How much beans cross depends on your region and other conditions. If I plant two rows of beans of different varieties adjacent to each other I will get more than 5 percent crosses. That’s enough to lose both varieties completely in a few generations unless I also take measures to recognize and eliminate the crosses.

Myth #7. You can tell when you have crosses on seed like corn or beans. The crossed seed looks different.

Sometimes, and only sometimes, this is true for corn. False for beans. With corn, crosses of blackseeded and yellow-seeded varieties sometimes do show on the seed. Black Å~ yellow kernel color will usually (but not always) show up as bluish or speckled kernels on the yellow ear, but only sometimes show up well enough to be apparent on the black ears. Crosses of sweet and field corn are always obvious on the sweet ears but not on the field ears. Crosses of flint corn and flour corn show up on the flint but not usually on the flour. It depends on which genes are dominant. Crosses involving pericarp (skin) color on the kernels don’t show up because the mother plant makes the pericarps. The genes in the seed don’t have anything to do with it. 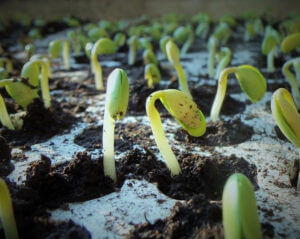 Not necessarily. Sometimes you can afford to be pretty casual. It depends on your role and purpose. If you are selling or distributing seed you should be rigorous with your isolation distances and numbers. If you are the only source for the seed, if the variety’s entire existence depends on you, you need to be more even more rigorous. If you are saving seed just for yourself, however, and have some backup seed in the freezer, you can be pretty casual about everything.

For the squash seed I sell, for example, we plant only one variety of each species in a farm field that is separate from my home garden. Each variety is isolated by miles from others of the same species. And there are a hundred or more plants of each variety to keep the heterogeneity and vigor up. However, I’m the breeder for these varieties and the ultimate source for the seed.

For squash varieties where I am saving seed for just my own use and have backup frozen seed, I am quite casual. I grow several varieties of each species in my home garden. Isolation distances? Hey, I just put a variety as far from other varieties of the same species as possible in my home garden and leave it at that. I may simply alternate varieties of different squash species to provide a little isolation within each block of each species. Numbers of plants? I grow whatever number I was growing anyway just for food. If the variety gets crossed up or overly inbred I can go back to my frozen stash for a fresh start. If I improve the variety, I add the improved version to my seed bank. One of the advantages of having a do-it-yourself seed bank is that it allows you to do more seed saving with less labor and fuss.

Ditch the Pots, Use Soil Blocks!

How to Plan Your First Foray into Seed Saving