Home » Finding Hope in an Era of Climate Chaos
Garden

Finding Hope in an Era of Climate Chaos


Scientists maintain that a mere 2 percent increase in the carbon content of the planet’s soils could offset 100 percent of all greenhouse gas emissions going into the atmosphere. But how could this be accomplished? What would it cost? Is it even possible?

The following is an excerpt from Grass, Soil, Hope by Courtney White. It has been adapted for the web.

It started in the spring of 2006, during a fund-raising trip to New York City. Rummaging in an airport bookstore for something to read on the outward leg of my journey, I came across James Kunstler’s best-selling cautionary tale The Long Emergency: Surviving the Converging Catastrophes of the Twenty-First Century. Curious, I plucked the book from the rack and flipped it over to survey the promotional blurbs, reading how the author “graphically depicts the horrific punishments that lie ahead for Americans for more than a century of sinful consumption and sprawling communities, fueled by the profligate use of cheap oil and gas.” Yikes! Then I thought, “Oh come on, how bad could things be?” I handed the clerk fifteen dollars to find out.

Bad enough to refocus Quivira’s mission, as it happened. 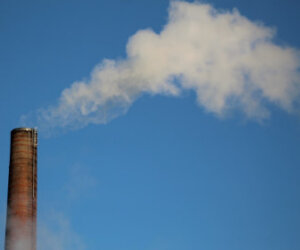 At our annual conference in 2007, Wendell Berry said that “we are not walking a prepared path,” in response to a question from the audience about the difficulties posed by the twenty-first century. In other words, to meet new challenges we need to blaze a new trail. That suggested unexplored country ahead, which is after all what the word quivira originally designated on old Spanish maps of the New World. After some thought, I decided this new trail was building ecological and economic resilience, which the dictionary defines as “the ability to recover from or adjust easily to misfortune or change.” In ecology, it refers to the capacity of plant and animal populations to handle disruption and degradation caused by fire, flood, drought, insect infestation, or other disturbance. The word also has a social dimension. Ranching, for instance, is the epitome of resilience, having endured centuries of cyclical drought, low cattle prices, and other challenges.

Resilience is also an important concept for those of us who live in cities, as I had learned the previous winter when a major snowstorm shut down both highways into Albuquerque, New Mexico, isolating the city. In a story for the local newspaper, a reporter asked how long it would take for the shelves of Albuquerque’s grocery stores to be emptied of food. His answer: six days. That’s not very resilient. What about other challenges, I wondered, such as our supply of fresh water? Was it resilient for the long run? Were we?

Realizing that the times were changing, in the fall of 2007 we added the words “build resilience” to Quivira’s mission statement. In doing so, I realized that I was now a long way from the grazing wars of the 1990s—not to mention the suburbs of Phoenix.

There was a lot to learn in this new country. Take climate change. It wasn’t on our radar screen at all in 1997, but a decade later it had become a major concern. As I learned, the rising content of heat-trapping gases in the atmosphere, carbon dioxide (CO2) especially, poses a dramatic threat to life on Earth. Here’s a graph from the Scripps Institution of Oceanography at the University of California–San Diego, which pretty much sums it all up.1 It’s a scientific projection of CO2 (in parts per million).

In 2013, the CO2 level rose above 400 ppm for the first time in five million years, according to researchers, and it is on a trajectory to reach 600 to 700 ppm by the end of the twenty-first century, with all sorts of bad consequences, unless we act quickly. Double yikes! 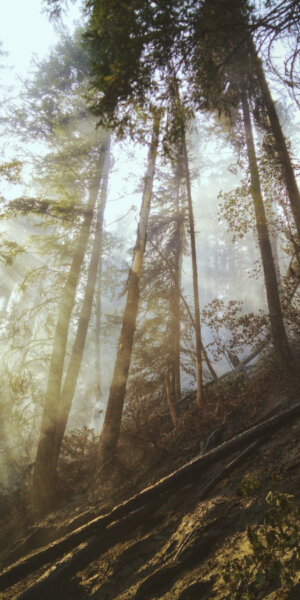 Something needed to be done, but what? In 2009, I found a partial answer in an op-ed written by James Hansen, the director of NASA’s Goddard Institute for Space Studies and the nation’s top climate scientist. Reducing the carbon dioxide content of the atmosphere back to 350 ppm, he said, is imperative to preserve a habitable planet. “If we cut off the largest source of carbon dioxide—coal—we have a chance to bring CO2 back to 350ppm,” he wrote, “and still lower through agricultural and forestry practices that increase carbon storage in trees and soil.”2 Cool! I thought to myself. But what did he mean by “carbon storage”?

An explanation arrived a month later when a publication came across my desk from the Worldwatch Institute titled Mitigating Climate Change through Food and Land Use. Its authors, Sarah Scherr and Sajal Sthapit, wrote that for political, technological, and economic reasons, the only possibility for large-scale removal of greenhouse gases from the atmosphere currently is through improved ecosystem function, climate-friendly livestock practices, conserving land, and restoring degraded watersheds.3 I did a mental double take. That sounded like the work of the Quivira Coalition!

The miracle cure is called photosynthesis. As Scherr and Sthapit pointed out, plants naturally pull CO2 out of the air and convert it into soil carbon, where it is safely stored for long periods of time in the ground unless disturbed—by plowing, for instance. This process has been going on for billions of years, and all it requires is sunlight, green plants, water, nutrients, and soil microbes. It creates a simple equation: more plants and deeper roots = less CO2 in the atmosphere.

It’s more complicated than that, of course. But here’s the really exciting part: if land that is bare, degraded, tilled, or monocropped can be restored to a healthy condition, with properly functioning carbon, water, mineral, and nutrient cycles, and covered year-round with a diversity of green plants with deep roots, then the added amount of atmospheric CO2 that can be stored in the soil is potentially high.

Globally, Scherr and Sthapit wrote, soils contain about three times the amount of carbon that’s stored in vegetation and twice the amount stored in the atmosphere. Since two-thirds of the earth’s land mass is grassland, additional CO2 storage in the soil via better management practices, even on a small scale, could have a huge impact. Grasslands are also home to two billion people who depend on livestock—an important source of food and wealth (and culture) to much of the earth’s human population. Both these animals and their human stewards could be mobilized for carbon action.

This made huge sense to me, so I called Scherr and invited her to speak at Quivira’s annual conference in the fall of 2010, which I had titled “The Carbon Ranch.” The purpose of the event was to describe the many ways by which food and stewardship can be used to build soil, store carbon, and fight climate change. I told her I was determined to explore this exciting country and spread the good news. When she agreed to make a presentation, I began calling up other carbon pioneers, eventually assembling an exciting lineup of speakers. But then a thought struck me: Where was I going? Climate? Carbon? Where had we wandered off to?

The 5 Rules of Lean Thinking

A Call to Action on Climate, Farming, Food, and a Green New Deal

Interview with Baer Charlton, Author of Secrets of the Gold

Learn to Prevent and Control this Common Conifer Tree Disease

The Vibrance of Vinegar: How to Make Vinegar From Scratch