Admired by a pantheon of America’s greatest writers and considered one of our most prolific essayists, Hoagland is in a class of his own. He came of age during our country’s literary heyday, learned to write the old-fashioned way — through direct experience in love, travel, and immersion in the natural world — and then dedicated decades of his life to prose that is not only powerful, but truly original.

The following is an excerpt from Sex and the River Stix by Edward Hoagland. It has been adapted for the web.

Wandering to the edge of Dr. Green’s woods, next door to our new house, at the age of eight, I found a little brook running— my first, because we had just moved from the city to the country. The floating twigs and leaves, the ripples, and yet the water’s mirroring qualities, and the tug on my fingers or feet when I dipped them in, plus the temperature, so remarkably different from the air’s, fascinated me. We, like the other neighbors, had some brush and untrimmed trees in back of our lawn, so the brook picked up interesting flotsam before entering Dr. Green’s pines, where except for scattered boulders or stones the ground was less varied, all needly. The sounds the stream made, thocking and ticking, bubbling and trickling, were equally beguiling, however, and, like the wind-nudged boughs twisting over-head, never precisely the same. 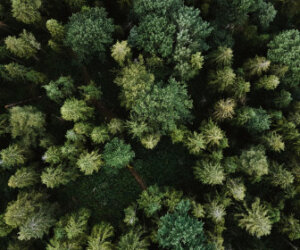 This was in Connecticut during World War II, so we kept a dozen brown hens for their eggs, and I watched their pecking order develop, and other habits, endlessly. But the brook was a near second for curiosity, and because it was undomesticated I recognized in it a wilder power. I felt like part of the flock—feared for them at nightfall, when they would duck inside the coop through an entrance I never forgot to close, and rejoiced with them when a New Hampshire Red rooster was acquired to trumpet their accomplishments. But the woods were an adventure, more mysteriously reverberant. By nine I was probably daring enough to follow the stream (knee-high, so nobody was afraid I might drown in it) through the forest far enough to catch sight of Dr. Green’s pond and approach its spongy inlet. I must have heard about its existence, but no one had taken me there—my father golfed, my mother gardened. The distance is now elastic in my mind’s eye, but no roads or houses intervened and my discovery caused no alarm. My parents, retracing the path, notified Dr. Green, a retired and retiring widower whose given name I never learned. They owned two acres; he, I would guess in retrospect, at least fifteen. Then there was Miss Walker’s estate, in back of both properties, and lending them a bit more wildlife, such as the foxes that threatened my chickens. She was a fiftyish spinster, with servants, who may have had about three times as much land. My parents had never met her, but she caught me trespassing as a “nature boy” once or twice—climbing the spruces in her overgrown fields—and summoned me inside her manorial stone house (ours and Dr. Green’s were white clapboard) and gave me and the friend who was with me a proper glass of apple juice with chocolate-chip cookies. A real estate agent who wanted to subdivide the place surprised me too and was less friendly, afraid that I might start a wildfire, but I would sooner have harmed myself, and I think Miss Walker surmised as much and knew you couldn’t stop a boy from crossing stone walls and wire fences.

The pond was the great revelation, after, first, the stream and before I could climb a sixty-foot Norway spruce and swing with the wind. Amber, black, and silver, with moss on one bank and cattails on another, it had frogs plopping—leopard and green frogs and bullfrogs with large eardrums who said jugarum. I saw crayfish and a ribbon snake, yellow-striped, and a muskrat swimming in a moving V. Greenish pollywogs and salamanders. The pines, in retrospect, were red pines, and red squirrels of course were chattering in them from all angles, much more vociferous than the gray squirrels that nested in the maple shade trees in front of our house. Also my dog, Flash, an English setter and constant companion, who barked at them, sniffed small silences out an opossum, longhaired, long nosed, pouched like a miniature kangaroo, who promptly swooned and played dead when I picked it up by the tail, just as it was supposed to do. The pines, with their thousand jewely shards of light as you looked up on a sunny day, didn’t like wetting their feet and gave way to white birches whose curling strips of bark you could write on not just with a pencil but with your fingernail if you had to, and dark hemlocks, droopy-branched and unbelievably tall and somber, in the soggy ground, while the pond itself might be as bright as a lens of glass, with tree crowns, mackerel clouds, and blue sky reflected on its surface. 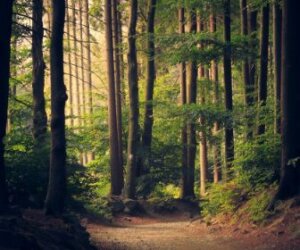 I was a good student and not as friendless or solitary as this may sound. My trouble was a bad stutter that made Flash’s companionship and the flock of chickens and communing out-of-doors important to me. But I generally had an intimate friend of my own age whom I could lead to these precious places—Miss Walker’s lordly spruces, like the beanstalk that Jack climbed, or Dr. Green’s miraculous, jam-packed pond—discovering, however, to my astonishment, that they didn’t matter as much to him. He would prefer listening to Mel Allen broadcast the Yankee games with me, gossiping about our class, inventing piratical schemes. Ice-skating, yes, we shared, or throwing rocks into the water to watch the thumping splash, but when we were past the volcanic stage, why go? Dr. Green was a cranky, softhearted soul almost too old to walk to his pond by the time I discovered it, but he made the effort to inspect both me and it when he heard from his gardener that I was there, telling me not to treat the frogs inhumanely or to fall through the ice. Brooks, the silent Irishman whom he had long employed, had no interest in woods or ponds, so I seldom encountered him, and he was easy to avoid, sitting smoking in his chilly greenhouse—just nodded at me as an authorized visitor if we did chance to meet.

I saw a mink trap an eel, and a musk turtle diving out of reach on the bottom, and tree frogs in the bushes, and “pumpkinseeds,” or sunfish; learned how to fish with a worm and a pole. A blue heron bigger than me would sometimes flap over from the larger ponds (Dr. Green’s, though huge to a ten-year-old, may have been scarcely an acre in size) after amphibians. Or on my repeated expeditions I might see a kingfisher diving for shiners. Nobody could spot me from the road as I circled the water, looking at the strange jointed plants called horsetails, or ferns at the margins. The ordeal of stuttering at school seemed distant indeed, and I was learning how to swim well enough at my parents’ country club not to be a danger to myself if I fell in. I was cautious anyway, as stutterers must be if they are to survive— bicycled home after swimming lessons, before I’d have to try to talk to people on the patio. I could talk to Flash with absolute abandon, and loved Mel Allen, and Tommy Henrich, “Old Reliable,” the Yankees’ right fielder, and watched the New Hampshire Reds’ social goings-on like a budding ethnologist, although I tended to downplay my various excitements in the house lest they be restricted or used against me. It was not a silly instinct because my parents did soon tell me I was reading too much, and by prep school were telling my favorite teachers that I was too intrigued by nature and writing; that these were dodges due to my handicap and might derail a more respectable career in law or medicine—angering the teachers who nurtured me.

Who Is the Wild Twin?

The Magic of Exploring the Outdoors After Dark: Q&A with Chris Salisbury

So Much More Than A Pimple Popper!

For Jennifer Egan, fiction is more magical than any machine