Home » Greta Gerwig Must Answer For Her Crimes
Books

Greta Gerwig Must Answer For Her Crimes 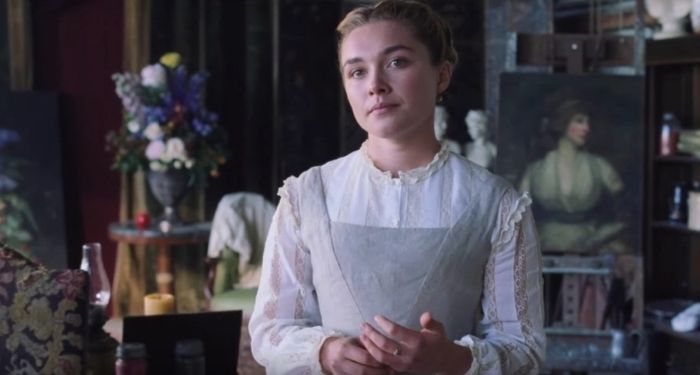 It is a truth universally acknowledged, that a Little Women fan in possession of an opinion about Amy, must be furious about Greta Gerwig’s 2019 adaptation.

Okay, okay, I will stop trying to be cute.

One of my more popular tweets (in its time) was this one, which Nicole Cliffe retweeted so you can imagine how chaotic — but lovely! — my mentions were for a while.

A weekly newsletter focusing on literature by and about people of color!

I am a bonafide, dyed in the wool, OG Amy hater. Kirsten Dunst, I’ll never forgive you.

But I’ve been reformed. And it’s all Greta Gerwig’s fault.

When Gerwig adapted Little Women for the screen, she did it with an understanding not just of the book, and not just of the author’s life, but of both, along with an apparent understanding of the way audiences feel about the book. It would be impossible for anyone to have made Little Women 2019 without understanding that audiences struggle to understand the motivations of three out of four March sisters, latching onto Jo as a reader surrogate and failing to see the depth in Meg’s maternal instinct or Amy’s selfishness or even Beth’s unselfishness. And it would be impossible without understanding that, perhaps even more than we hate Amy for burning Jo’s manuscript, we hate that Jo ended up with stuffy, rude, arrogant professor Bhaer.

Gerwig was like, “I can fix that.” AND THEN SHE DID.

I’ve identified three techniques Gerwig used to trick us, the innocent audience, into loving Amy and not hating Jo’s tacked-on romance. Each of these is a crime, and I demand that she be made to pay for them.

Every other adaptation of Little Women has told the story in a straightforward manner, trundling along from Christmas with no presents to Beth dying, Amy marrying Laurie, and Jo marrying the Professor with almost no pauses along the way. There is nothing wrong with this technique, and it is a fairly direct way to adapt a book. Not so Ms. Gerwig: she starts us near the end, with Amy in Paris, Beth dying at home, and Jo in the city trying to be a writer.

By taking us back and forth between the “present” day and the past, we learn how Jo and Amy specifically, and Meg and Beth to a somewhat lesser degree, got to where they are. We meet them as adults, which relieves us of the burden of knowing how their childhoods shaped them until Gerwig chooses to show us.

The Amy that we meet is no longer a spoiled child, jealous of Jo. She is a young woman who realizes that she has to marry well to support her older sisters, one of who married for love, one of whom has a career that will be a struggle, and one of who is dying. She is savvy and understands her place, and she is angry about it. When we meet younger Amy, we come to understand some of the underlying anger in adult Amy, and we also understand precisely why she turns Laurie down.

Crime No. 2: Amy’s Speech About Marriage as an Economic Proposition

This brief monologue was not, according to the director commentary, in the original shooting script. It was suggested by Meryl Streep, who played Aunt March, that Amy needed to assert her reasons at this juncture, and the lines were written quickly but purposefully. It is a brilliant addition to the move and probably the single thing that made me love Amy.

Crime No. 3: Is Professor Bhaer Real?

Okay, here’s where it gets interesting. Part of the framing device — the non-linear storytelling — used in the movie shows Jo selling her stories, and the Professor reading them and hating them because they are frivolous. Then we see Jo write the stories of her heart, which become the book Little Women. The publisher likes the book, but says that he cannot publish it unless the girl ends up married (or dead). So Jo writes a new ending, and the movie itself gets a new ending: her reunion with the Professor.

So. If the book and the movie are the same, did Jo really marry him? Or did she add that to please a sexist, patriarchal publisher (which is precisely what Louisa May Alcott did in the first place)? Is Professor Bhaer even real?

Of course, none of these are crimes. They are excellent filmmaking. But I reserve the right to remain annoyed that Amy is now my favorite March.

The Man, His Books, and His Other Literary Endeavors

Book review of Mr. Wilder and Me by Jonathan Coe