Home » Is Fasting Good for Your Heart?
Garden

Is Fasting Good for Your Heart?


Fasting for health isn’t a new concept; people have been talking about why (or why not) to fast for years. The history of fasting goes far beyond this, though, all the way back to our primitive ancestors. Thankfully, we will never have to go days or weeks between catching our food; however, studies show that a modified version of fasting, intermittent fasting, actually carries excellent health benefits that improve the quality of our daily lives.

The following is an excerpt from Understanding the Heart by Stephen Hussey. It has been adapted for the web.

If we think back to what life would have been like between 6 million years ago (when the last common ancestor between humans and apes lived) and today, there are many massive differences in our eating habits. One of those massive differences is that there were probably times where our ancestors were forced to fast. It wasn’t an intentional act; it was just the way of life because food wasn’t as readily available, and our ancestors had to work hard to get it.

This was especially true for Neanderthals and the first modern humans that evolved around 250 thousand years ago. These particular ancestors were high-level carnivores, who ate a diet almost entirely made up of animals. At that time, humans and prehumans were prolific hunters, but finding, hunting, and killing the next meal took a lot of time. There would have been times when food was scarce. This would have been especially true in winter. 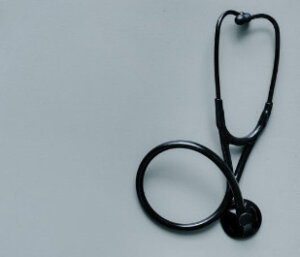 In summer, if hunting was unsuccessful, some plant foods probably were eaten to prevent starvation. However, in winter, those seasonal foods would not have been available and fasting for extended periods would have been a reality. On a weekly basis, there were likely ebbs and flows of feasts and famine. This likely occurred for a very long time (from about 2.5 million years ago until about ten thousand years ago), so these evolutionary adaptations to fasting would have become deep-seated into our physiology. From this perspective, it’s hardly surprising that humans began experiencing a decline in health, including metabolic syndrome, when people began eating more frequently throughout the day.

The Agricultural Revolution, about ten to twelve thousand years ago, was probably the first time humans began eating multiple times a day. This was also the first time humans stayed in one place and farmed crops. Farming provided an abundance of calories, though they were nutritionally poor and lower-quality calories. Yet these abundant, nutrient-poor calories did the job of allowing us to reproduce and grow in numbers very quickly. While the population grew, there is evidence that health suffered.1

I believe the poor health that those first farmers experienced was in part due to eating a lesser quality food (crops) but also due to overconsumption of the energy in these foods in an attempt to get enough nutrients. Since these foods were less nutrient-dense, and less bioavailable to our bodies, they had to eat more calories throughout the day in order to get the necessary nutrients. This was the beginning of the “constantly eating” society we have today.

That said, throughout history, various civilizations have found value in not consuming food constantly. Historians say that the Romans were known not to eat breakfast because it was thought to be healthier. Eating more than one meal a day was sometimes said to be a form of gluttony. Even in the Middle Ages, fasting was common, especially among monks. If we fast forward to today, we have a society in which huge quantities of food are available to us all day, every day, especially in westernized countries. In the early 1900s, John Harvey Kellogg invented the first breakfast cereal, and the beginning of marketing breakfast was underway. By the 1920s and ’30s, the government was promoting a breakfast of processed grains and sugars as the most important meal of the day.

This was around the time of major changes in human health, including the rise in obesity and heart disease. Of course, there were many other changes during this time, including the introduction of seed oils and increased toxin exposure, but breakfast was a big part of it: Our consumption of nutrient-poor calories first thing in the morning likely played a major role in this increase of chronic disease. 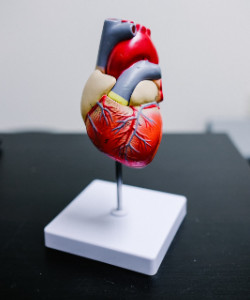 So, our physiology was shaped over millions of years in a time when calories were not always available, and fasting was a part of life. Then, in a relatively short amount of time, we began eating constantly and overtaxing our metabolism with the introduction of plentiful, nutrient-poor calories, leading to an increase in metabolic chronic disease. Returning to a more restrictive eating regimen guides us toward health by effectively putting our physiology back in an environment for which it is more evolved.

There is compelling research to support this: Restricting calories through intermittent fasting or a low-carb/ketogenic diet is good for life span and healthspan. One study conducted in mice found that “energy-controlled high-fat LCD’s [low-carb diets] are not detrimental to health, but rather a KD [ketogenic diet] extends lifespan and slows age-related decline in physiologic function in mice.”2 That is an enticing finding for anyone who wants to live a long and fulfilled life. Cut the carbs and empty calories and go with the more satiating nutrient-dense fats.

This longevity effect may be related to autophagy—the cleaning up of old cells to make room for new ones—that is induced by fasting. For the heart specifically, fasting-induced autophagy benefits the heart in many ways, including that a “preponderance of evidence suggests that autophagy and mitophagy are important protective mechanisms across the spectrum of ischemic injury.”3 But the effects of fasting could be due to other longevity effects as well; for example, periodic fasting is associated with maintaining muscle mass, one of the best indicators of health as we age.4 Other research has uncovered changes in physiology associated with fasting. For example, when researchers instructed people to fast for one week, total cholesterol, LDL, and apo-B levels all went up substantially. In fact, LDL increased from an average of 114 mg/dL to 190 mg/dL—a 40 percent increase.5 This is likely because the process of making ketones, which the body has to make for a fuel source during fasting, is the same pathway for making cholesterol. So, cholesterol goes up as well.

If fasting increases cholesterol yet also reduces the size of induced heart attacks, reduces cell death during heart attacks, decreases levels of inflammation, and significantly reduces development of atherosclerosis, how could cholesterol cause heart disease?

I recommend fasting. You can do this in various ways. I like to eat two meals a day within a six- to eight-hour window. Implementing these strategies brings us closer to living in a way more compatible to our evolved physiology and can give us huge health benefits, especially for the heart.