New and Upcoming Celebrity Audiobooks Narrated by the Author

There’s something uniquely wonderful about listening to an author narrate their own audiobook — especially if that author is a celebrity you already know and love. Hearing a celebrity tell their story in their own words can have an entirely different impact from reading the words on paper. Once you listen to these new and upcoming celebrity audiobooks narrated by the author, you might just find yourself hooked.

I love audiobooks, but I also have a short attention span and limited listening skills (sorry, I’m a Gemini). I often find my attention straying while listening to audiobooks and then have to rewind to figure out what I missed. Celebrity memoirs were my gateway into audiobooks because it’s easier for me to focus on a familiar voice, and they’re still the most likely to keep me listening. But I’ve also gained more interest in audiobooks from listening to celebrity narrators, and I’ve gotten into plenty of other audiobooks as well. So if you’re hesitant to give audiobooks a try, I highly recommend starting with a book written and narrated by a celebrity you admire.

Now, let’s get to those audiobooks! We’ve got seven books already available for your listening pleasure, as well as three books to watch for later this year. 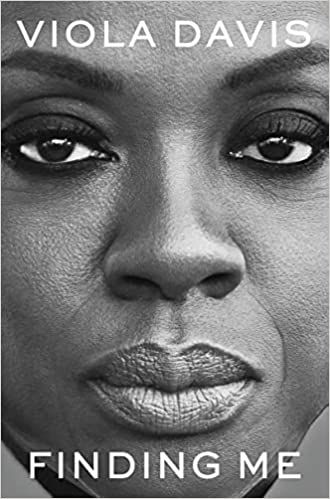 Finding Me by Viola Davis

Viola Davis is one of our greatest living actors, but her journey to fame was anything but easy. In this powerful memoir, Davis bares her soul and shares a self-love journey you won’t forget. From an impoverished and violent childhood to the racism she faced in the film and stage industry, Davis shares how she fought for respect and recognition of her talents despite the odds stacked against her. Davis’s narration of the audiobook makes the story even more memorable and personal. 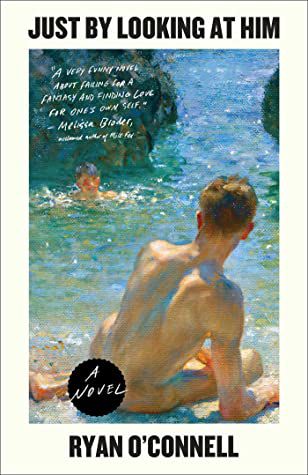 Just by Looking at Him by Ryan O’Connell

This new novel by the star and creator of Netflix’s Special follows a TV writer with cerebral palsy who seems to have it all, but is falling apart behind the scenes. Between Hollywood backstabbing, a growing reliance on alcohol, his cheating habit putting pressure on his relationship, and internalized ableism, Elliot’s life has gone off the rails, but he’s determined to face his demons. Ryan O’Connell’s narration is sharp, vibrant, and laugh-out-loud funny. 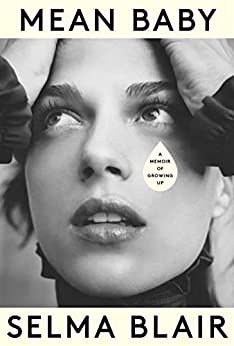 Mean Baby: A Memoir of Growing Up by Selma Blair

Selma Blair is now known for iconic roles in films like Cruel Intentions and Legally Blonde. But her family first knew her as a mean, mean baby, always scowling and in trouble for terrorizing her sisters. In this memoir, Blair tells the story of her lively childhood, her pathway into acting, the chronic pain and multiple sclerosis diagnosis that changed her life, and more. It’s written beautifully in Blair’s unique voice, but the audiobook is an even more wonderful way to hear her story.

Sign up for Audiobooks Promotions to receive special offers, new products, and interesting listens from the world of audiobooks, launching October 3! 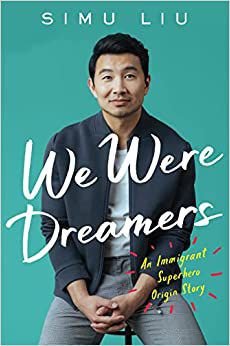 We Were Dreamers: An Immigrant Superhero Origin Story by Simu Liu

If you loved Simu Liu in Marvel’s Shang Chi and the Legend of the Ten Rings (and honestly, if you didn’t, I don’t want to be your friend), then you simply must listen to his powerful memoir. Liu spent his youngest years in China with his grandparents while his parents fought to build a life for him in Canada. But he hardly remembered his parents when they came back for him, and their relationship suffered for the time spent apart. In this book, Simu Liu opens his heart to tell his story of living between two cultures, finding his family, and his journey to become a screen superhero. 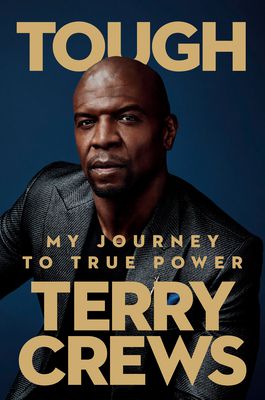 Tough: My Journey to True Power by Terry Crews

From his NFL career to his roles on shows like Brooklyn 99, Terry Crews often benefited from being perceived as tough. But eventually he realized that his efforts to appear tough on the outside were making him weaker on the inside, ultimately threatening some of the most important relationships in his life. In this book, Crews shares how he confronted toxic masculinity and his own insecurities, and he shares cultural criticisms and advice for those self-sabotaging themselves in order to be “tough.” 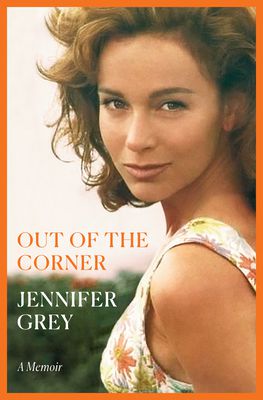 Out of the Corner by Jennifer Grey

Jennifer Grey was the face of a generation, especially beloved for her role opposite Patrick Swayze in Dirty Dancing. Her new memoir, Out of the Corner, explores that role and so many more, as well as growing up as the daughter of actor Joel Grey, her wild youth in New York’s club scene, the plastic surgery procedure that threatened her career and identity, and starting a family of her own. Listen to the audiobook to hear the inspirational story about finding self-worth and personal evolution in Grey’s voice. 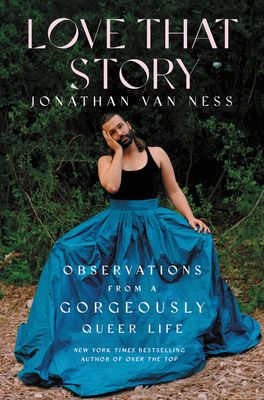 Love That Story: Observations from a Gorgeously Queer Life by Jonathan Van Ness

Netflix’s Queer Eye star Jonathan Van Ness wants to help people love their most authentic selves, and in this essay collection, they’re sharing their own self-love journey to inspire others. Van Ness understands that sometimes getting comfortable with yourself can be uncomfortable. Each of these essays uses real examples from Van Ness’s life when they learned something new about themself or the world around them. It’s an honest and inspiring book that will encourage you to accept your imperfections while also striving to broaden your perspective. 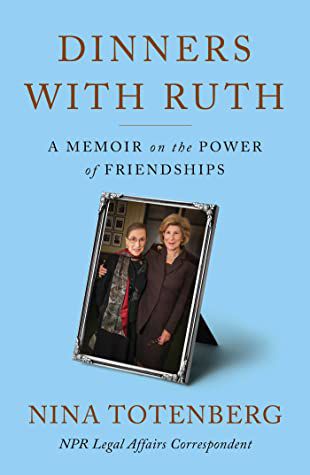 Dinners with Ruth: A Memoir of Friendship by Nina Totenberg (Sept. 13, Simon Schuster)

Over 50 years ago, well before Nina Totenberg was hired by NPR and Ruth Bader Ginsburg was appointed to the Supreme Court, these two future icons started a beautiful friendship. While reporting for The National Observer, Totenberg called to ask Ginsburg about a legal brief she’d written calling for the Supreme Court to declare a law that discriminated based on sex unconstitutional. After Ginsburg explained her position, the two women decided to keep in touch. In this testament to women’s friendships, Nina Totenberg shares memories of their journeys through career and personal successes, disappointments, illnesses, widowhood, and more. 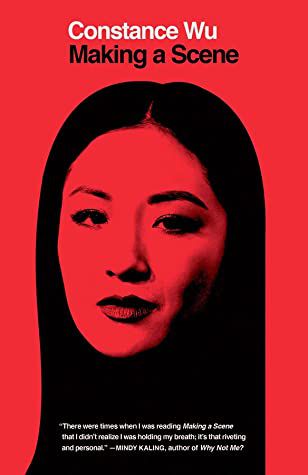 As a child, Constance Wu was told she was too emotional, too reactive, too much. But then she discovered community theatre, where she learned her emotions were not a weakness but a superpower. In this memoir-in-essays, Wu describes her journey to fame in movies like Crazy Rich Asians, as well as the sexism and racism that stood in her way and the difficulties of finding your voice in the public eye. 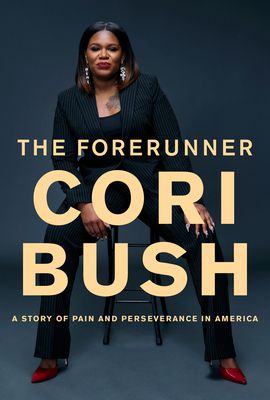 The Forerunner: A Story of Pain and Perseverance in America by Cori Bush (Oct. 4, Knopf)

Cori Bush had been a nurse, a pastor, and a community organizer in St. Louis, but she’d never dreamed of running for office. Then she found herself as a first responder during protests in Ferguson, and she saw firsthand how important it was to have political leaders who prioritized the needs of marginalized communities. This memoir tells the story of how Bush became the political leader and activist she is today, and it’s also a call to action for readers to fight against injustice in their communities. (Note: We don’t yet know for sure if Cori Bush will narrate the audiobook of The Forerunner, but I’m including it in this list in the hopes that she will!)

How to stimulate eCommerce spending through social media and influencer marketing?

12 of the Best Shōjo Manga