Home » Salman Rushdie and the Power of Stories
Books

Salman Rushdie and the Power of Stories

Acclaimed novelist Salman Rushdie was attacked onstage on Friday, August 12, 2022, in Chautauqua, New York. His interviewer was also hurt while trying to subdue the attacker. The planned talk was reportedly about the United States as an asylum for writers and artists in exile. Rushdie suffered at least ten stab wounds to his neck and abdomen but is on the road to recovery. He sustained what have been called ‘life-changing’ injuries and may lose an eye.

His attacker has pled not guilty to attempted murder. Though the attacker is believed to have acted alone, the attack has been linked to the fatwā that has been following Rushdie for much of his career and which began after the publication of The Satanic Verses in 1988. On August 15, an Iranian official denied involvement in the attack on Rushdie but sought to place the blame on Rushdie and his supporters.

What is a Fatwa?

Rushdie was born in Bombay (now Mumbai), close to the end of the British Raj. He is the son of a lawyer and a teacher. His father adopted the surname Rushdie in honor of the philosopher Ibn Rushde. His family was Kashmiri Muslim. He is now an atheist.

He attended the Cathedral and John Cannon School in South Bombay, the Rugby School in England, and is a graduate of King’s College, Cambridge. Following university, Rushdie worked in advertising until he was able to support himself as a novelist. He has been married four times and has two children — Zafar (born 1979 to his first wife, Clarissa Luard) and Milan (born 1997 to his third wife, Elizabeth West). He has lived in New York since 2000 and became an American citizen in 2016.

Sign up to Today In Books to receive daily news and miscellany from the world of books.

Rushdie’s fourth novel, The Satanic Verses, was controversial upon its publication and led to Ruhollah Khomeini, supreme leader of Iran at the time, issuing a fatwā, or legal ruling on a point of Islamic law, calling for Rushdie’s death and the death of his publishers. Rushdie spent a decade under 24-hour protection by the British police. In 1998, Iranian President Mohammad Khatami said that Iran no longer supported the killing but the fatwā remains in place with “a bounty attached from a semiofficial Iranian religious foundation.” It goes without saying that this view in no way represents all Iranians or Muslims worldwide.

In recent years, Rushdie been able to live openly and without very much security, reportedly saying, “Oh, I have to live my life.”

While the book’s reputation precedes it, the point of contention in The Satanic Verses is the depiction of the Prophet Mohammed. The titular verses refer to a disputed Islamic tradition in which verses were added to the Qur’an deifying three pagan goddesses who were formerly worshipped in Mecca. According to legend, Mohammed later revoked these verses and said that the devil had tempted him. There are various controversial elements in the book, including the names of many of the characters and the treatment of religious faith in general.

In the early nineties, others connected with The Satanic Verses were also victims of extremism. Rushdie’s Japanese translator, Hitoshi Igarashi, was stabbed to death (this crime was never solved). His Italian translator, Ettore Capriolo, was badly wounded. William Nygaard, the Norwegian publisher of The Satanic Verses was shot outside his home but survived.

Unsurprisingly, Rushdie has become one of the most prominent defenders of free speech globally and was previously president of PEN America, which defends freedom of expression both in the United States and worldwide with a focus on the the advancement of literature and human rights. In their statement they noted, “We can think of no comparable incident of a public violent attack on a literary writer on American soil.”

Where To Start with Rushdie’s Work

The best way to understand any writer beyond what is commonly known is to read their work and Rushdie has a deep backlist and has written in several different genres. His first book, Grimus, sat firmly in the camp of science fiction, whereas much of his later work is known for its fabulism. 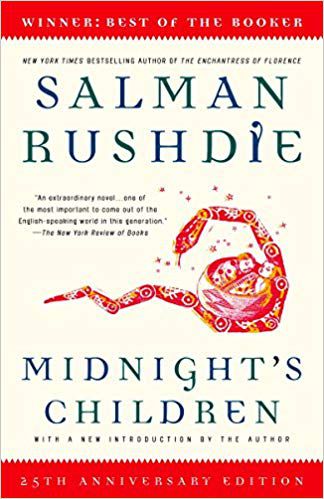 Midnight’s Children won the Booker Prize in 1981 and was also determined to be the best of all winners on both the 25th and 40th anniversary of the prize. It is about a young man, Saleem Sinai, who is born at the very moment of India’s independence. Events in his life are mirrored by and tend to sway national events because of this connection. He is also linked to other “midnight’s children” who were born at the stroke of midnight on August 15, 1947, through telepathy. 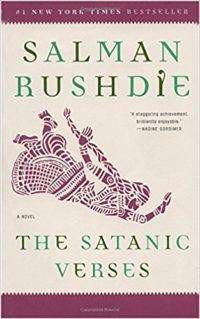 In The Satanic Verses two men improbably survive the destruction of the jumbo jet on which they are flying. Gibreel, an Indian actor, grows a halo and Saladin, the star of a British television show, grows horns. The novel contains a myriad of subplots that span continents, TV trivia, and mythology while exploring the immigrant experience.

Published in 2017, The Golden House has notes of Trump and Trumpism and is the story of an unusual family, headed by enigmatic billionaire Nero Golden, who live in a townhouse with a shared garden, and a young filmmaker who becomes obsessed with them. Rebirth and identity and the creeping darkness as the U.S. moved into the Trump years are all themes in this novel. 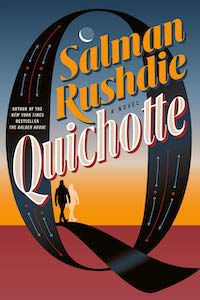 Quichotte is Rushdie’s most recent novel and was inspired by Cervantes’ Don Quixote. It focuses on a writer, Sam DuChamp, who invents a television-obsessed salesman called Quichotte whose impossible dream isn’t gallant knighthood, but obtaining the love of a television star. He and his (imaginary) son Sancho head off on a cross-country trip so that he can prove himself worthy of her love. Meanwhile, Quichotte’s creator is in the middle of a midlife crisis of his own.

Rushdie’s memoir covers his early life up but particularly focuses on his life under the fatwā. He is an entertaining companion and the memoir is long but accessible even to people who are not Rushdie superfans. The title of the memoir is the name he went by during this this time period, naming himself after Conrad and Chekhov.

Haroun and the Sea of Stories

Haroun and the Sea of Stories is one of Rushdie’s books for children and its message is about the power of storytelling and how is it victorious over silence. Haroun’s father is a gifted storyteller who can suddenly no longer tell stories. Haroun must journey to the Sea of Stories and face the Prince of Silence himself.

It goes without saying that an attack on Rushdie that prevented him from speaking is, by definition, an attack on speech. So-called “dangerous” stories like The Satanic Verses are among the most important stories to tell because they force us to look at ourselves.

It feels right to end this with Rushdie’s own words from a speech at the PEN World Voices festival last May: “A poem cannot stop a bullet. A novel can’t defuse a bomb… But we are not helpless… We can sing the truth and name the liars… stories are at the heart of what’s happening… we must work to overturn the false narrative of tyrants… by telling better stories.”

20 Cute Pics of Animals + Books, Because Why Not