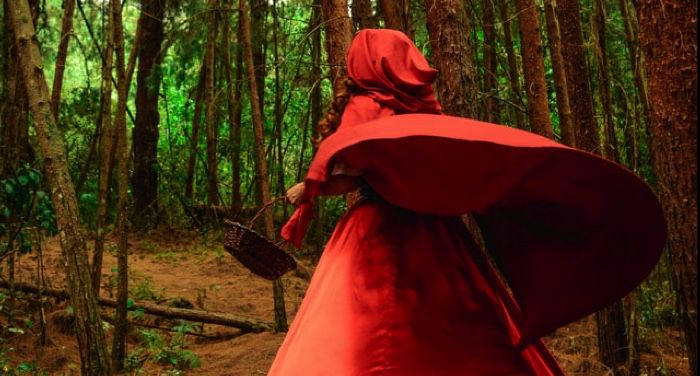 We forget a lot of things as human beings. And with the passage of time, memory tends to fade and fade until it disappears all together. It’s sad, but with the full spectrum of human history and emotion, it’s not surprising that some stories and ideas just disappear. But of course, there are some that remain. Perhaps not in their original form, but the essence of the story remains. And if we’re lucky, its original intent also remains. Some of the most lasting stories are not historical accounts of kings or queens or even empire-shaking wars, but rather fairytales.

Is it just Disney we have to thank for this? Or is there something more to fairytales that fuels their longevity?

Merriam Webster defines a fairytale as “a story (as for children) involving fantastic forces and beings (such as fairies, wizards, and goblins).” Sounds a little ridiculous, yes? But I hypothesize that unlike other types of stories, fairytales told to our children have a specific purpose that won’t shed away with time. Many fairytales are meant to teach lessons, to instill a community’s values, and/or to impart cultural knowledge. My grandmother used to tell me all sorts of stories based on Hindu epics, which I used to listen to with rapt attention. Her retellings helped me form my identity as an Indian American and maintain a close relationship with the culture of the motherland. These stories also helped me connect with fellow Indians and Indian Americans because one had to be part of the community to understand just how real they were (and still are) to us. These epics gave all us a shared language that remained intact on a new continent.

I also remember my friend’s mom telling me the story of Rumpelstiltskin, which is still one of my favorite fairytales. Although I have no cultural tie to the story, knowing it gave me some important context because the story is referenced so much in the western canon. It helped me form my identity as a kid growing up in the west and understand certain cultural references with ease.

Because fairytales are commonly told to children, it’s not unusual for parents and guardians to adapt the stories a little. This penchant for adaptation and retelling has historically found its way to publishing. More recently, young adult (YA) novels of various fairytale retellings are published by the dozen each year.

Take Little Red Riding Hood, a rather creepy and gruesome tale of a little girl just trying to be a good granddaughter. The story of Little Red Riding Hood dates back to pre–17th century European folktales, and there’s evidence to suggest that similar stories have been told in 10th century France and even North Africa. This means that the story popularized by the Brothers Grimm is more than likely much older and with some, possibly, complex and interconnected roots.

In the story, she ventures into the dark woods to bring food for her elderly grandmother. A place that was known to house dangerous creatures. But still, she went. Why on Earth is that a story parents and writers still tell to children and young adults alike? Does it come down to teaching children to never speak to strangers? Is it a warning to not go out after dark, even if a loved one needs us to? Or is it a warning that the world is a dark, dangerous place, so be prepared to live in it?

I’ve noticed several YA and adult crossover books in particular that have retold the story of Little Red Riding Hood to some degree, such as Scarlet by Marissa Meyer, Crimson Bound by Rosamund Hodge, For the Wolf by Hannah Whitten, and Sisters Red by Jackson Pearce. Although each story is unique, I noticed something similar in all of them: Each one rests on the premise that a young girl needs to venture into a dangerous, dark, and unknown place to face a monster or some sort of evil/danger. There is a practical lesson here. We like to think that the modern world is safe for young girls, but reality would suggest otherwise. Crime statistics against women and children are still holding strong around the world. It is sad that an age-old fairytale is still holding true. That a young girl who needs to take care of an elderly family member faces danger in doing so. Although Little Red Riding Hood is still a horrific fairytale with immense entertainment value, its core lesson easily translates to these modern retellings, which provide a more modern context to the message and add to the cultural narrative.

To that end, I’m convinced that each fairytale has a core lesson that remains intact, despite being told and retold over the centuries. I have to wonder if it’s these lessons, both explicit and implicit, that lend themselves to the longevity of fairytales. Retellings not only take advantage of the creative capital given to us by previous writers, but also serve as a way to continue a cultural narrative and instill certain lessons for the next generation.

When I was a girl, I honestly thought that Little Red Riding Hood was a horror story meant to scare me from the dark. But with the benefit of hindsight and having read several retellings/adaptations, I am now convinced that it’s a story that tells young girls that yes, the world is dark and dangerous. I mean, why on Earth did her grandmother live in those woods? But at the end of the day, it’s the world we live in, and we have to face it because unfortunately, we have people relying on us. That’s not to say that we shouldn’t work to make the world safer, because we should. But fairytales like Little Red Riding Hood at least give us a dose of reality.

How Do The Themes Of Exile And Dispossession Feature In Mahmoud Darwish's Poetry?